The Returned: the beautiful dead — Kill Your Darlings

The Returned: the beautiful dead 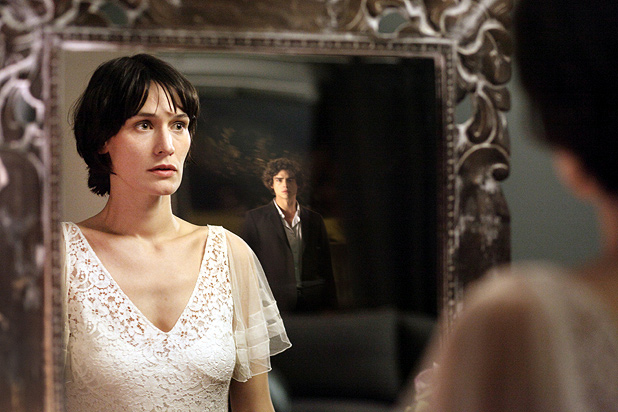 Time and again The Returned (Les Revenants) has been named on ‘Top TV Shows of 2013’ lists around the world. You will have been told to watch it. There are good reasons why everyone is so insistent.

Don’t be scared off by the ‘zombie’ marketing tags: this French fare sprints in the opposite direction from The Walking Dead in mood, subject, artistry and performance. That said, you will see dead people.

Edgar Allan Poe’s famous assertion – ‘the death of a beautiful woman is unquestionably, the most poetical topic in the world’ – has always been a popular narrative premise. Currently, this macabre motivation is thriving on TV: the original Danish and US remake of The Killing, HBO’s deliberately hyper-masculine new series True Detective, the delectably lush Hannibal, even teen dramas Pretty Little Liars and Veronica Mars take their core mysteries or story arcs from the death of a female figure.

Of the many that experiment with Poe’s principle about the pretty, the disappeared, the dead, no single show is more poetical than The Returned. ‘Camille’ – the first of eight episodes in season one – commences with the titular teen’s gruesome death when she and her peers plummet off a cliff in a school bus accident. Indeed televisual poetry that launches from this specific death of a beautiful young woman, The Returned is an aesthetically pleasing, philosophically challenging and emotionally potent show.

The Returned goes beyond the death of Camille – a fatal event that occurred four years ago – flashing forward to today where a host of other dead people (including Camille) are, yep, you guessed it, returning to the living they left behind. Character upon character strolls into the picture and, whether dead or alive, with each storyline introduced, a liveliness and confusion is palpable. From this first episode, the multifaceted dynamics between the cast and curious circumstances that structure this show are portrayed with a clarity that cuts through the visible mist shrouding the small valley town.

The opening credits and soundtrack (scored and performed by Mogwai) underscore the show’s enigmatic mood – of imagined ghosts in the attic, of strange tapping sounds on windows that recall urban myths and the beating of Poe’s Tell-Tale Heart. From The Shining/Damien-style creepy kid to a slasher-subplot and flickering lights around the returned beings, there are definite supernatural and horror tropes at play (as well as those affiliated with drama, romance, procedurals and thrillers). Yet the fear factor in The Returned doesn’t solely come from the walking, talking and (mostly) attractive corpses re-entering the community (there are some serious hotties here!).

The words eerie and haunting don’t even begin to describe it because the main fear at play in The Returned is how it confronts our current fascination with nostalgia head on. The Returned is not an earnest, romantic or revisionist portrayal of a collective moment in history like Mad Men; it’s not a defused, camp comedic throwback seen in, say, That 70s Show. The Returned dabbles in the aesthetics of nostalgia in the most psychological, existential and literal sense of the word, etymologically a compound from the Greek nóstos meaning ‘homecoming’ and Homeric álgos meaning ‘pain or ache’. (Literally translated, Les Revenants is ‘the ones who came back’.)

The return of these once-dead (still dead? Undead?) characters triggers a frisson between life and death, an uncanny temporal shift that is at once supernatural and existential. The mystery at the crux of The Returned forces all characters (as well as the very much alive audience) to ponder humanity’s uncertain and inevitable fate and directly confront the result of previous (or future) loss and longing. These characters are awash in the true repercussions of nostalgia as their present collides with the past and we’re all uncertain about their futures.

The Returned screens on SBS2 this week – it’s gripping television that will stay with you, so be sure to check it out. And if you have already, I advise reliving it while waiting for season two to return.

Will We Be Right?: Melanie Cheng’s ‘Australia Day’ 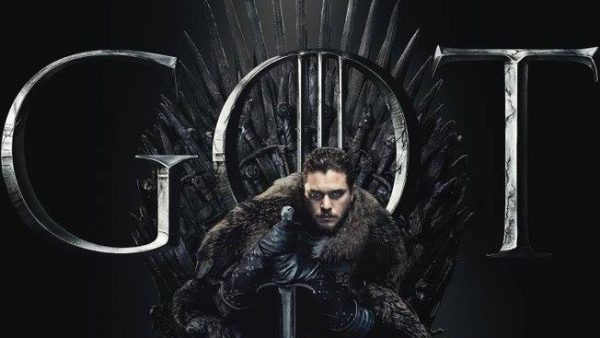 Game of Thrones Trivia is Coming