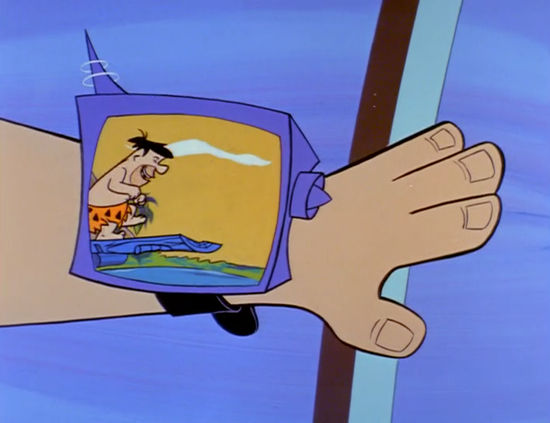 ‘You can see the first five words of an email!’ the guy at the Christmas party enthused, stroking the chunky plastic rectangle wrapped around his wrist. ‘Send one to me!’

We exchanged addresses, and I sent him a message, and he was right. On the tiny e-ink screen of his Pebble smartwatch: ‘Hi, this is Connor, Would…’

I looked at the guy.

‘Why wouldn’t you just check the email on your phone?’

He screwed up his face a little, assessing me.

‘This is quicker. And it’s The Future.’

I didn’t mention to the guy that he was already holding his smartphone in his right hand, and that, from where I was sitting, I could make out the same notification glimmering on the phone’s much larger screen. I didn’t ask him why he thought it was convenient to be able to see a contextless string of two dozen characters that would necessitate him then immediately referring to his iPhone anyway – which he did, to read the final words of my email: ‘…you like another beer?’

‘The Future,’ I agreed, then watched from the bar as the guy flicked and pinched at the device on his wrist, uselessly trying to make the email notification go away.

Over Christmas, Apple launched their holiday ad campaign, and it was surprising and melancholic and strange – and very chindōgu. In the ad spot, titled ‘Misunderstood’, an extended family comes together for Christmas. They bake cookies, they sled, they ice skate, they deck the halls with boughs of holly. Everybody, that is, with the exception of the teen boy in the family, who spends the entire holiday staring resolutely at the glowing 4” screen of his iPhone 5S. The big reveal at the end, which ostensibly flips things back in Apple’s favour, is that the boy hasn’t been playing Infinity Blade III or sullenly Snapchatting, but has spent the entire time recording and editing a heartwarming home video that he plays on Christmas morning using the family’s Apple TV.

The advertisement seems designed to both reflect and deflect our recognition that we’re living in a chindōgu culture. Apple acknowledges their devices can promote and enable disengagement, but, through a fairly sophisticated use of heartstring-tugging rhetoric, they somehow convincingly argue that the solution is further use of exactly those same devices, and maybe even more of them. The best way to engage with the family you’ve ignored in favour of your iPhone, in other words, is to use your iPhone to re-engage with them.

Samsung’s recent advertising efforts similarly seem to reflect the idea that our existing gadgets are causing problems that can only be solved by adopting more complex and pervasive gadgetry. In their holiday ad to promote the Galaxy Gear smartwatch (which is predictably terrible, featuring a lothario-bro who uses the device to capture creepshots of a woman skiing), the ‘problem’ seems to be that today smartphones are ridiculously huge and clunky. The solution, of course, is to pair your borderline unuseable smartphone with a possibly more useable smartwatch.

The real issue with our chindōgu culture is that the loop is vicious: the more gadgets you own, the more gadgets you’re told you need to buy to solve the problems brought about by your existing gadget ownership. Chindōgu culture seems to create a bubble of artificial First World Problems that we feel compelled to ‘solve’, in the process creating more pervasive problems and blinding ourselves to the real problems that technology might solve – chiefly environmental issues and problems of poverty and resource misallocation. These are, of course, huge and possibly insurmountable problems, and perhaps that’s the reason why chindōgu culture is actually appealing – when our climate is warming and our resources are dwindling, there’s maybe some comfort in solving tiny problems, even if they’re of our own making. 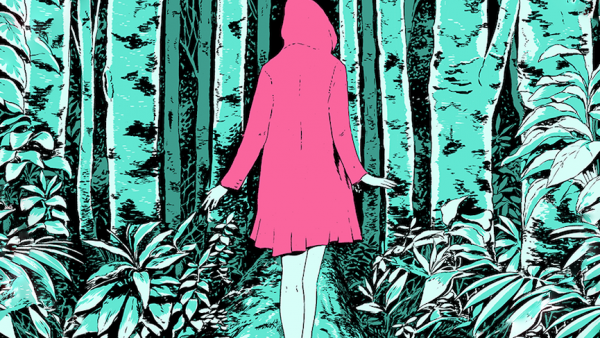