Seeking a summer reading list? You could do worse than to follow the recommendations of Lena Dunham and Judy Blume, compiled from their conversation in The Believer.

The Simpsons have paid homage to recently retired Japanese animator Hayao Miyazaki. Their medley of Miyazaki references is as deliciously unsettling and fantastic as the work of the man himself. 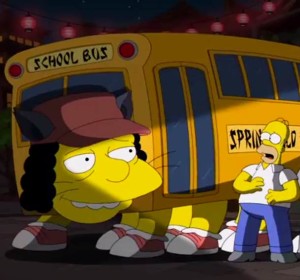 Finally, you can smell like a Disney Villain while you’re hatching evil schemes.

Stop complaining about your ex. Author Cormac McCarthy’s ex-wife pulled a gun from her lady parts after arguing about aliens with her current partner.

Courtney Love and Aaron Sorkin are our modern day Marilyn Monroe and Arthur Miller, according to Courtney Love.

Plenty has been said about internet-induced short attention spans and Gen Y’s reliance on social media – but this short film set entirely on the computer screen of a teenage boy offers a surprisingly poignant perspective on our use and abuse of technology.

‘Wuthering Heights changed everything. Without it, my life would be very different.’ S.A. Jones, one of our favourite contributors, reflects on the Brontë classic for The Toast.