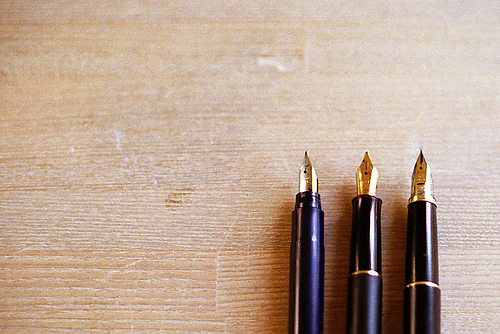 One of the defining characteristics of life, whether it is the life of a crocus or the life of a capitalist, is competition. The flower that blooms is the winner in a series of contests; the businessperson of the year, likewise. The winner is the one that is recognised, acknowledged, probably celebrated, rewarded one way or another. The silver cup, the blue ribbon. Or perhaps the crown. For there was a time when the winners in society became kings or queens. My first experience of the reward came in the form of a fountain pen—imagine that.

There was, once upon a time, a Melbourne morning newspaper called The Argus, and in it there were poetry-writing competitions for children. I won one of these for a poem about my baby brother chasing chickens. And, make no mistake, the better part of the prize was the publication of the poem. Daily newspapers still exist (just) and so do fountain pens (ditto), but it seems to me that prizes might have taken on a life of their own. Everywhere you look there is a contest of one kind or another. On television they are huge, even foregrounding the paradox of the Biggest Loser who is, of course, the winner. One winner. Winning, even winning the lottery, is a kind of blessing. The winner is for a moment raised up above the herd. And where there is skill involved, other members of the herd are encouraged to strive.

Now, competition more often than not involves judges, other human beings who for whatever reason are deemed to have the skill to select the winner from the eligible entries, be it a cake or a horse or a work of art. Ah—here is a problem. The cakes and the horses are to a certain extent straightforward, whereas the portrait or the novel or the poem about the baby and the chickens will bring into question the matter of artistic or literary taste, and almost always give rise to a certain amount of controversy. I happen to think this controversy is a wonderful and healthy thing. It’s kind of sad when the Miles Franklin doesn’t cause some fights.

There, I have mentioned the big one; but did you know there are over 300 or so short story or poetry competitions that are run over the course of a year in Australia? Amazing, isn’t it—more than 300. From the Charles Darwin University Travel Short Story Award to the Margaret River Short Story Competition to the Blake Poetry Prize and all points of the literary compass, there are opportunities for poets and fiction writers to try out their skills, and for 300 of them to be winners.

I was invited to judge the short stories for the writers’ festival in Albury in 2012. I went to the festival to present the prizes to the anonymous writers. The winner of the short story had also won the Country Style competition—I didn’t know that, of course. The writer was Beverly Lello. She gave a little speech of thanks when she received her prize—and she told another story: Nearly thirty years ago she was a student in my writing class at the Council of Adult Education. She had just had a baby called Heidi, and was nervous about leaving her to come to class. She was very pleased when I said she should bring Heidi with her in future, and that’s what she did. I don’t actually remember much of this, but apparently Heidi still has a copy of the book Heidi, which I presented to her at the end of the course. So Heidi had her prize just for turning up.

Obviously I am a great believer in prizes. I do recall that, way back, I used to run a competition in the class, the prize (judged by me) being a Chinese eggcup. Occasionally I run into writers who still have their eggcups, probably in the back of a cupboard. My Argus fountain pen is here somewhere, I’m not sure where. And I know the poem is lost; maybe that’s a good thing. But it did bloom once, and that remains for me a moment to recollect for its simple sense of achievement.

This is an edited extract from Carmel’s foreword to Award Winning Australian Writing 2013, edited by Adolfo Aranjuez, published by Melbourne Books.

Carmel Bird is the author of literary novels, collections of short fiction, and three books on writing, The most recent being Dear Writer Revisited. She has edited journals and anthologies. In her honour, Spineless Wonders runs the annual Carmel Bird Short Fiction Award.

Her short story ‘Monkey Business’ appears in Issue Nine of Kill Your Darlings. 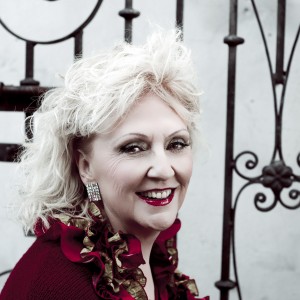 Carmel Bird’s 2015 collection was My Hearts Are Your Hearts. In 2016 her new novel Family Skeleton will be published.