In the final of our two-part series, some of our favourite Killings contributors highlight their top cultural moments of 2013 – in television, film and writing. Have they missed any? 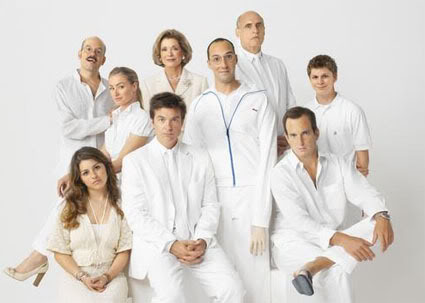 What a monumental year for television. Breaking Bad wrapped up after six years of South Western crime; Arrested Development released its long-awaited fourth series; and Doctor Who’s 50th anniversary special screened in cinemas around the world. We found out the third series of Girls would feature Danielle Brooks as its first black female character. Orange is the New Black gave us hope that complex female characters may one day be commonplace. Melbourne’s very own Miss Fisher’s Murder Mysteries, despite its sometimes questionable acting and pacing, launched a ridiculously successful costume exhibition.

Predictably, the television episode that stuck in my guts the most this year was Game of Thrones’ ‘The Rains of Castamere’, a.k.a. the Red Wedding. Since this episode spawned an onslaught of recaps, blog posts and memes after it aired, I needn’t say much – except that it’s the only story I know of where audience engagement actually increased after all the apparent ‘goodies’ (and I mean all) were brutally killed off (and I mean brutally).

My other main moment of 2013 concerns New Tricks, the BBC crime-comedy-drama that your grandparents probably love. For ten years, Detective Superintendent Sandra Pullman (Amanda Redman) has busted serial killers with her team of old codgers: this year, she got promoted and left the team (and hence show). I nearly cried when she announced it. Even though the series’ gender politics were sometimes troubling (see how FUNNY it is? A FEMALE boss?) Pullman still smashed the glass ceiling like it weren’t no thang. I’ll miss her. Before scolding me for not mentioning that film, be aware that these are only the five that have stuck with me the most. Beginning the year, an image that I can’t shake is of a pigeon trapped inside a Parisian flat in Michael Haneke’s Amour. Starring Emmanuelle Riva and Jean-louis Trintignant, Amour’s depiction of long love and impending death as both ordinary and entirely unique was a breathtaking way to kick off. Then in May there was Derek Cianfrance’s The Place Beyond the Pines, which I loved for its chutzpah. A Three Act intergenerational melodrama, it was Greek Tragedy for today: the cursed houses of Glanton (Ryan Gosling) and Cross (Bradley Cooper) blessed with super-sexy genes and a Mike Paton score.

In July, I met up with old friends, Jessie and Celine – a.k.a. Ethan Hawke and Julie Delpy – in Before Midnight. A series that began in 1995, the third made for some uncomfortable-looking dates at the screening I went to: showing the mixed results of following romantic love, the film begins where most Hollywood films would end. Talking and tears continued into September in Sarah Polley’s documentary Stories We Tell, where she uncovered her family’s narrative through a uniquely kaleidoscopic style. The last of the best for me was Alfonso Cuarón’s Gravity; despite some naff dialogue, few recent films have exhibited the affects of cinema’s magical capabilities quite as spectacularly.

Looking back, it sure has been an emotional year of films, with the spectre of mortality and troubled relationships at every turn. Thank God for Alan Partridge: Alpha Papa! 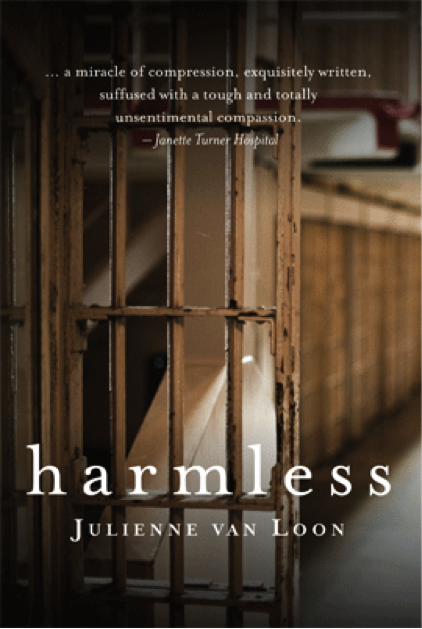 2013 was a year that reminded us how important reading is. When print media bares its ferociously partisan fangs as it did in the national election, there is power in literacy. What we read and how we read matters. We have to bring our full selves to reading, mind and body. My 2013 ‘best of’ are the works that demanded something of me – the reader – but honoured me as a reader too.

My favourite fiction was Julienne Van Loon’s superb novella Harmless. It is heartbreaking, wise and provacative. In creative non-fiction I enjoyed Karen Hitchcock’s column in The Monthly. Hitchcock writes about the mysteries of the human body and the limits of medical knowledge in solving those mysteries. For online news I’ve subscribed to The King’s Tribune, where I was moved by Jane Gilmore’s sensitive writing about The Gatehouse in St Kilda and the murder of Tracy Connelley.

In historical non-fiction the standout was Wibke Bruhn’s My Father’s Country, a book I came to a couple of years after its publication. It’s a family history that provides an insight into Nazism and the price paid by those who resisted. Read it. (Then watch Michael Haneke’s The White Ribbon. Whatever was obscure in high school history about the rise of Nazism will become clear). Shout-outs also to The Sydney Review of Books, Anne Summers Reports and The Toast: all welcome additions to the reading landscape in 2013.