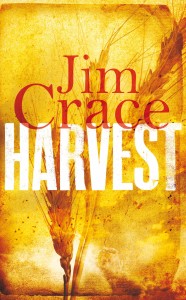 The Man Booker Prize, launched in 1969, aims to promote the finest in fiction by rewarding the year’s best novel written by a citizen of the United Kingdom, the Commonwealth or the Republic of Ireland. Carody Culver delves into one of the shortlisted works of 2013–Jim Crace’s Harvest.

When this year’s Man Booker shortlist was announced, former prize judge Gaby Wood declared it the best in ‘living memory’. So far, the favourite among the contenders (a fantastically varied mix) is British author Jim Crace’s Harvest, a dark tale of pre-industrial England that’s haunting in atmosphere, poetic in tone and fable-like in structure.

Although Harvest deals with a pivotal period in England’s history—when common land was enclosed and traditional, agricultural ways of life slowly gave way to private interests and profit-driven wool production—Crace’s story concentrates on a single community, elegantly demonstrating the tragic effects of a people separated from their land and their livelihood.

When the novel opens, it’s late summer—harvest time—and the residents of a small and isolated village watch as a fire consumes their manor house, the land ‘topped and tailed with flames’. This event coincides with the arrival of three strangers: two men and a strangely alluring woman. When the villagers discover the trio squatting on village property, their response isn’t welcoming, and their instinct proves correct. One of the men, it turns out, is Master Jordan, cousin of Master Kent, the manor house owner and a widower with no heir or formal claim to his land. As holder of the title deeds, Master Jordan is intent on claiming the land for sheep farming. His companion, Mr Quill, is there to facilitate the forced removal of the pastures from their people, ‘attending with his survey sticks and measuring tapes to the shape and volume of our fallow field’.

Harvest is narrated by Walter Thirsk, an outsider who has lived in the village and worked in Master Kent’s service for several years. ‘When I first came to these vicinities’, he tells us, ‘I thought I’d discovered not quite paradise, but at least a fruitful opportunity—some honest freedom and some scope. Some fertile soil! I’d never known such giving land and sky’.

However, in the wake of the sinister three’s arrival, change is swift and brutal. Shifting back and forth in time, Walter’s narrative charts the bloody chain of events that drives the villagers from their home, until ‘there’s not a willing soul remains within our bounds who entirely belongs to these commons and these fields’. It’s both a very personal story, eloquently showing us the disenfranchisement of one man and his community, and one that more widely represents the huge social and economic shifts caused by England’s land enclosure movement.

Walter is very much an observer, and though the novel is punctuated with acts of violence and destruction, Thirsk’s lyrical but measured retelling affords us a certain distance and reflection that accentuates the story’s mythic and melancholic tone and creates a poignant sense of home and identity: the intangible connections forged between people and place. ‘It is an odd experience, unnerving in its way’, Walter observes when he assists Mr Quill with mapping the land, ‘to look down on our woods, our commons and our fields at once, to see them side by side, or separated only by the thickness of my thumb, when I have never seen them on the ground with such adjacency’.

Walter’s observations and reflections also create a vivid sense of centuries-old pastoral life. After years ‘cradled in this place’, Walter ‘soon turned into one of them, a beer and bacon man who knew the proper value of an iris bulb’. His characterisation of small village life, where ‘secrets are like pregnancies’ because ‘you can hold them for a little while but then they will start screaming’, seems equally applicable to the experience of living in a close-knit community today. Crace deftly makes a tale so specific to a particular time and place also seem relevant to modern life, where issues of displacement and economic change are writ just as large across our collective fates.

Crace’s use of language is a huge part of what makes Harvest such a beautiful and compelling piece of fiction. It’s a restrained but striking ode to a lost way of life that reminds us not simply of how rapidly our circumstances can shift, but of how we acknowledge and recognise those shifts and their effects on our consciousness and sense of belonging. ‘We’re used to looking out and seeing what’s preceded us’, says Walter. ‘Now we have to contemplate a land bare of both … We’ll look back across these fields and say, “This land is so much younger than ourselves.”’

Carody Culver is a Brisbane-based freelance writer and editor and part-time bookseller. You can read more of her book reviews on her blog, bibliostrumpet.wordpress.com.