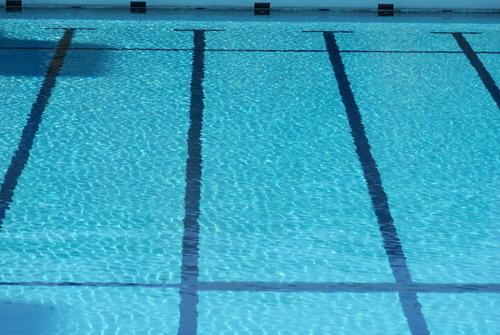 Ever since I learned how, I have read quite a lot. The childhood habit of reading for half an hour before sleep waned a little in my early twenties (when neither reading nor sleeping were high on an evening’s priorities) but has reasserted itself in recent years. For the last five years I have read, on average, two books a week. Sometimes more, sometimes less.

About a year ago, I was visited by an anxiety that was becoming familiar. I had just finished a book I adored (an increasingly rare event, it was Gerbrand Bakker’s The Detour) and I was standing, neck craned, in front of one of our crammed bookshelves trying to decide what to read next. This decision is always most difficult after finishing a particularly good book—what could possibly match, let alone surpass, the last? What if I made the wrong decision and ended up with a book that was—shock horror—not amazing? Such a waste of my time! I pulled volume after volume from the shelf and then put them back. Nothing seemed right. I was frozen with indecision—it had been bad enough when I lived alone and only had my own to-be-read books to consider, but since moving in with my partner the feeling of paralysis had intensified. When we merged our collections there were only two titles that we doubled-up on, and since he has excellent taste it meant I had twice the number of books that just had to be read. ‘Try this one,’ he suggested, offering Hari Kunzru’s Gods Without Men. I can’t remember why I turned it down, but it just didn’t feel right. ‘Or what about 2666?’ he asked, proffering Roberto Bolaño’s massive tome, which I shied away from immediately. I didn’t have time to read something so long—I could be reading three or four books in the time it would take me to read that—what if it wasn’t worth it?

On top of the burgeoning bookcases, there were all the other books in the world I felt I had to read. I felt like I was drowning in books, each one that I managed to finish acting as a lifebuoy before I lunged for the next. For awhile I prided myself on keeping up, on reading everything that must be read, but somewhere along the way I realised I wasn’t really reading anything at all.

It really was an addiction of sorts, but each hit was providing less satisfaction and fading faster than the one before. It was so rare for me to actually enjoy one of the books I was churning through but it was only when I started swimming that I realised the mistake I was making: I was too impatient in my reading; I was not paying proper attention.

I hadn’t swum laps since I was a teenager, the peculiar boredom and mortification of the annual school swimming carnival had sullied any enjoyment I once felt at carving through the water. But with my knee playing up and my beloved running and cycling side-lined, I had energy to burn. So when my partner suggested I join him at the pool, it was an offer (unlike his suggested reading list) I couldn’t refuse.

The thing was, I had kind of forgotten how to swim. I could do it, crawling from one end of the pool to the other and back again, but after only a couple of laps I was exhausted. My legs were thrashing about, my arms flailing, my lungs burning, and I was going nowhere. Sometimes, mid-lap, I would open my mouth too soon, take a gulp of water and then be coughing it up—I wasn’t quite drowning, but it was close enough. It took me weeks to realise that in order to speed up, I had to slow down. I had to relax, give myself space to breathe, measure my strokes. Slowly but surely my form improved until I could keep it up, wall to wall, for forty-five minutes.

All that time in the pool, with nothing to think about but keeping my arms windmilling and my legs kicking, I realised I needed to apply the same philosophy to reading. I had to force myself to pay attention to what I was reading, not what I would read next. I had to slow down, concentrate on the words on the page, and give them the space to exist in my mind. I stopped trying to read three or four books at once, depending on my mood, and committed to just one—or two (habit is hard to break!). I read for longer periods, and I re-read books I had earlier raced through, amazed and disconcerted by how new they seemed to my now less frantic mind. And not immediately, but somewhere along the way, the ‘other world’ of reading that I had discovered as a child opened back up to me. I found I could lose myself for hours in a book, and I no longer cared if it wasn’t quite right. I became more accommodating of a novel’s flaws, more encouraging of what its author was trying to achieve, and less disdainful of what she had not.

I realised that I am still learning how to read and, along the way, teaching myself how to write.

Melanie Joosten is the author of the novel Berlin Syndrome. She is currently working on a second novel, and a series of essays about ageing in Australia. Her short story Just Like Us appears in Issue 15 of Kill Your Darlings. 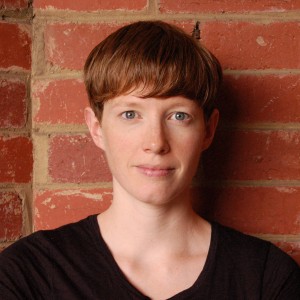 Melanie Joosten is the author of the novel Berlin Syndrome and has written essays and short stories for Meanjin, Right Now and Best Australian Stories 2014. Her essay collection A Long Time Coming: Essays on Ageing will be published in 2016.

KYD No. 27 Teaser: Fatness, Pop Culture and the Need for Inclusion