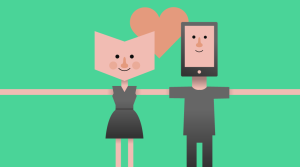 Have you heard of ‘dancing the flip-flop’? Robin Sloan defines it as ‘the process of pushing a work of art or craft from the physical world to the digital world and back again’. Sloan’s argument is that the best artists and makers are those who can seamlessly move between the digital and physical worlds, instead of restricting themselves to one or the other. Digital thinking can inform physical thinking, and vice versa.

Lately, though, I’ve been noticing something, and I think the flip-flop partially explains it. ‘Old media’ is back! We’re living in a second golden age of real books and magazines and records.

If you can cast your mind back to 2009, you’ll remember it was probably the worst year for old media in recent history. By July of 2009, 105 newspapers had died, and by December 367 magazines had ceased publishing (this was actually down from 573 magazines closing in 2007, though the magazines that were terminated in 2009 included classics like I.D., Giant, and Gourmet). It was in 2009 that RedGroup, owner of Borders Australia and Angus & Robertson, began to fail, Blockbuster was less than a year away from filing for bankruptcy, and in the UK, independent bookstores closed at a rate of two a week.

Let’s fast-forward. In 2012, 82 magazines closed… but, holy crap, in just the first half of last year, 133 magazines launched! In the US, about 28 indie bookstores closed last year, but over 40 real world, bricks-n-mortar stores opened.

Here’s what I think has happened: we are now living in a flip-flop culture. In 2009, we weren’t. Back then, we believed that digital would destroy physical. In physical we noticed only limitation, and in digital we noticed only possibility.

In 2010, the iPad was introduced and the Kindle became mainstream. If 2009 was the worst year for old media, 2010 was probably the best for digital. Over the proceeding couple of years, we transitioned to Radio and Netflix and Newsstand and iBooks. But when you reach the point at which you can access anything on one device, something strange happens: you don’t think it’s amazing anymore. Once everything is immediate and virtually free and just one click away, there’s nowhere left to go. The possibilities of digital having been exhausted, you begin to realise what you’ve lost.

I think we’ll look back on 2012 as the year of ambivalence, the year in which we started to understand the nature of flip-flopping. A flip-flop culture is one in which digital is not positioned against physical, but in which we’ve learnt how to create cultural products and experiences in which the two are intertwined. We made our culture digital, and now we are going to work out how to place it in the world again, to make the digital physical.

When I visited Brooklyn last month, I kept being told I had to visit Video Free Brooklyn. It’s a video rental store with the tagline, ‘Video stores didn’t die, they just had to evolve.’ Aaron Hillis, who bought Video Free last year, is a flip-flopper. In the Wall Street Journal, he said that his store is for those who live in ‘a post-Netflix age and…see that technology is not perfect. He uses tools like crowdfunding platform Indiegogo to enable his community to help him improve the store. He’s positioned Video Free as a supplement to streaming platforms like Netflix, consciously considering how to provide a different kind of value.

The new breed of magazines and publishers and booksellers (and video store owners!) will succeed because they understand what they’re getting themselves into. If you want to start a print magazine or bookstore today, you don’t just follow the old template, because the old template no longer makes sense. Instead, you begin by considering how your product or business can offer something that nothing online can. In other words, you learn from digital in order to improve the physical. And you work out how to transfer what you’ve learnt from working physically to your digital practice.

Kai Brach was a web designer before starting Offscreen, a print magazine about ‘pixel people’. Brach makes 90% of all Offscreen sales through his website: he’s made digital serve physical. In creating the magazine, he’s also come to recognise more clearly the ‘ephemerality of digital’. Other magazines, like Kinfolk and Kill Screen and Lucky Peach, are creating print experiences that couldn’t exist without the web.

There’s so much more to say about flip-flop culture and the new/old media revival. And the Kill Your Darlings blog, of course, is a perfect place to write about it. Here, you’re right in the middle of flip-flop territory.