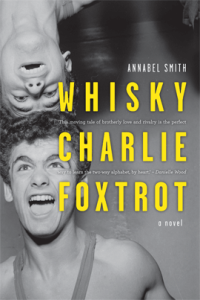 Annabel Smith is something of a poster girl for me. She exemplifies just what it takes to keep writing in an increasingly tough publication environment. Her first novel, A New Map of the Universe, was one of the flagship publications for the new writing imprint at the UWA press. Published in 2005, the first print run sold out and the novel was nominated for the WA Premier’s book award.

Then, for years, nothing.

Smith’s second novel – the recently released Whisky Charlie Foxtrot – did the rounds of agents and publishers. Over three years the book clocked up nearly 20 rejections.  For Annabel, the rejection began to impact the new work she was writing.

When it seemed that I might not find a publisher for Whisky Charlie Foxtrot I began to really struggle with my work-in-progress. For several months I made no progress on it, because I was questioning the point of creating work that might never have an audience. Though the act of writing brings me happiness in itself, I don’t think I could continue with it long-term if it wasn’t being read.

When an editor from Fremantle Press phoned Smith in 2011 her initial thought was ‘why are they phoning me to tell me they don’t want it?’. In fact, Fremantle Press were phoning to make her an offer for the manuscript. The result is an engaging story about estranged identical twins Charlie and Whisky. When Whisky is involved in a horrific accident Charlie must stare down their problematic shared history and the possibility that reconciliation may never be possible.

Annabel’s advice to any writer who begins to despair is:

Ignore the rules that say you can only submit to one agent or publisher at a time. When they take, on average, three to six months to get back to you, it’s not reasonable for them to ask you to wait.  I mean, what’s the worst thing that can happen? Two parties are interested in your work – bring on the bidding war! Secondly, it’s important to remember that a rejection is just one person’s opinion. And that opinion might be influenced by a bad night’s sleep they had because their child was sick, a stressful meeting, or any number of things that have nothing to do with your book. If you believe in your work, and that belief is based on feedback from credible test readers, have faith that eventually you will find the person that ‘gets’ your book.

Part of the challenge of ‘getting’ Whisky Charlie Foxtrot is the lead character himself: Charlie. (Smith’s mentor and Creative Writing PhD supervisor Richard Rossiter once famously asked her ‘why is Charlie such a dickhead?’). As is the case with many a sibling rivalry, Charlie has his inviolate version of events and blame apportionment and they are central to his idea of himself and his place in the world. Part of the narrative skill of the novel is that despite being told from Charlie’s point of view, we garner enough to understand that there is a second, alternative version the other twin might tell if he woke from his coma.

In fact, in this story about family there are as many ‘versions’ as there are family members. Smith’s interest in the dramatic possibility of family was piqued by a friend of hers who has three adoptive siblings, two step-siblings and two half-siblings.

While I was writing Whisky Charlie Foxtrot [my friend] got a letter from a woman claiming to be another half-sister who he didn’t know existed. I thought it was an intriguing story and I couldn’t resist its pull. But even in so-called ‘ordinary families’ you barely have to scratch the surface to find the drama.

The drama in Whisky Charlie Foxtrot is played out in a series of vignettes around the phonetic alphabet (alpha, bravo, charlie, foxtrot etc). It’s a clever structuring principle that exploits the theme of dual versions of family history. Smith’s decision to structure the novel in this way is one of those happy, subconscious accidents that sometimes befall writers. A friend taught Annabel the alphabet and she went around reciting it to herself for a couple of weeks committing it to memory.

This was at the exact time when I was beginning to write the first scenes of the novel which became Whisky Charlie Foxtrot, and I thought, why not build a book around this? It was quite random. It was only retrospectively that there seemed any logic to it – that I saw it as a book about communication, specifically a ‘two-way’ communication, and the structure seemed to make perfect sense.

Smith is currently working on her third novel, provisionally titled The Ark.

S.A. Jones is an Australian books and writing columnist with Killings and the author of the novel Red Dress Walking. She holds a PhD in history from the University of Western Australia and currently works as a regulatory analyst. 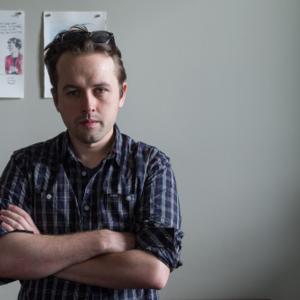 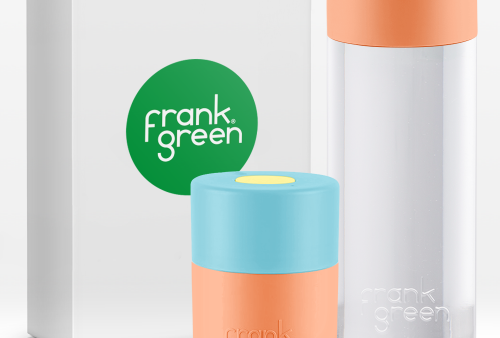