Sutu, aka Stuart Campbell, is an international-award winning illustrator, writer and interactive designer. He is passionate about technology, sci-fi, telling stories and creating immersive interactive experiences. He talked to Kill Your Darlings about his latest collaborative project, NEOMAD.

What, or where, is NEOMAD?

NEOMAD is a made-up word, meaning ‘new nomad’. It’s the title for our Indigenous space-opera comic series just released for iPad. It’s created in collaboration with about thirty-five 9- to 14-year-olds from Roebourne, WA, as a part of Big hART’s Yijala Yala Project.

The kids are the main characters in the story. The story’s set in Roebourne in the future and follows a young, restless, tech-savvy Indigenous cast as they burn across the desert on hover quads, getting themselves in all kinds of trouble. In the third and final episode, they’ll take to the greater cosmos to protect the world from angry gods and greedy industrial mortals.

With full-colour pages, interactivity, animation, music, sound effects, voice overs and films, there must be a lot involved in creating an iPad app like NEOMAD. What’s your role in it, and how did you develop the skills and team you used for this project?

There’s a lot going on and it’s tricky to manage with such a small team ranging from six to nine people. I write, illustrate and animate the story. My assistant Wah helps to colour, and manages the community workshop side of the project. We have a music designer who is also a sound recordist to record the dialogue. Because the story is interactive, you can tap on the comic’s speech bubbles to hear the kids’ real voices. My wife documents the entire process; she also creates costumes, makes toasties, picks the kids up from school and drops them home again. Our producer liaises with older members of the community and community organisations to check the plot to ensure any cultural information is correct and that everybody is happy. So far, so good.

How have the local community been involved in the project?

Every day after school, we run workshops teaching kids how to colour the comic using Photoshop. I’ve written a basic story, which we discuss regularly, and we try to inject the kids’ ideas and vernacular as much a possible. As the story is based on them, they often tell me I’m wrong and that they’d never do this or that. Sometimes we go out on country to act out scenes. I tell them, ‘We’ve tripped an alarm and a flying security robot is coming over the hill, what are we going to do?’ Half of them scream ‘Run!’, while Deshawn says, ‘I’ll pop him with my ging’ – that’s a sling shot. Deshawn’s ging idea made the cut.

How does NEOMAD reflect the connection that Indigenous Roebourne residents have with their land?

We’ve spent a lot of time with the community, trading stories over a fire and occasionally camping out on country. They relate to the country like it’s an old friend who you need to take care of and visit frequently to keep alive. In their culture, it is believed that their ancestors pass on to the country, reincarnated as animals or hills or rocks or rivers and that you should always ask permission from those ancestors before entering the land. It was a desire from the older members of the community to reflect these sentiments throughout the story and we do this by showing adult characters in the story passing on the information to the younger characters.

Also, a large part of the story is set around Murujuga in Western Australia, also known as the Burrup Peninsula. It’s a sacred place for the Indigenous people of Roebourne, as it is home to approximately one million petroglyphs. These petroglyphs tell stories of their law and culture, ceremonial sites, food sources and spirituality, and some of them are more than 30,000 years old. It’s an incredible place to have in our backyard and unfortunately not too many Australians know of its existence. It’s a bit of an agenda for us to increase awareness of this area to promote its protection. Murujuga should be regarded with the same respect as Egypt’s pyramids, yet it hasn’t been recognised with an international heritage listing. This is very unfortunate, as the whole area is endangered by its close proximity to numerous large-scale industrial developments and the lack of awareness of its cultural and historical significance.

The story is set within this juxtaposition of ancient culture and the heart of our modern economy. It aims to bring attention to the rich Indigenous cultural resources of the Pilbara, being equally as rich as the vast mineral resources of the area. We’re currently working on a little documentary about Murujuga, which will accompany the story in the extras section. Whilst NEOMAD is a fictional story, we want to reiterate it has been inspired by real people, their culture and their country.

You’ve been living in the Ieramugadu, or Roebourne, for a while now. What is it like?

I have never lived amongst so many Aboriginal people. The population here is 95 per cent Indigenous. I remember my first few nights in Roebourne – a mob of about ten kids rocked up to the house. I was living with actor Trevor Jamieson at the time and the kids all knew him like an uncle. The kids came on in, made themselves at home, sprawled over the floor, watched some TV and told some jokes before they packed up and moved on to the next house. They do the rounds, visiting everyone in town, and the doors are always open.

Sometimes when go to we pick up kids for workshops, they won’t be home because they’ve stayed at their cousin brother’s house or their cousin sister’s place. The whole community’s like one big family and everyone’s very welcoming and generous. I’m not surprised they’re stopping in at every second house, if not just to blast themselves down with the air con. It’s bloody hot here, all year round. This works to our advantage because the kids are happy to sit inside in front of the air con using the computers, but as soon as the sun gets a little low they’ll be down the oval running around.

The landscape is striking: rich red earth contrasted by piles of prickly green spinifex and deep blue skies. Come January, Roebourne is a cyclone corridor. The storms are spectacular. There are impressive lightning shows every night, and now and again the wind picks up, so furious, stirring the dust into an ominous red cloud that engulfs the town. Dozens of tumbleweeds blow across the streets and you can barely see 50 metres in front of you. At the sight of the cloud approaching the kids make a run for the local pool, bombing, bathing and laughing as chaos unleashes all around them.

As an app maker, you must also be an app consumer. What apps or types of apps are catching your attention at the moment?

I love Machinarium, a little indie adventure game made by some Czech dudes, Amanita Design. My favourite apps are Comic Zeal, my comic reader, and music apps. I’ve got loads of cool tap-happy interactive music apps like iKaossilator and Mugician. I also like Bean’s
Quest, a platform game reminiscent or Mario.

The NEOMAD app and extras are available at neomadcomic.com. 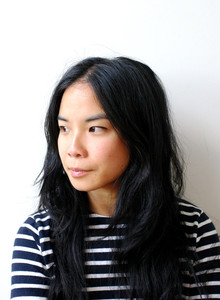